Each loaf of sourdough bread is a three-day labor of love. Sourdough is made with a starter comprised of flour, water, and wild yeast combined with good bacteria, both of which are in the air. The starter takes approximately ten days before it can make bread and then it is fed continuously to keep it alive. Because the flavor comes from local yeast, this bread tastes different than bread from any other place in the world. The world’s bakers used sourdough as a leavening agent in bread until the late 1800’s when commercial yeast was first made. Bread could be made more quickly with commercial yeast but some of the flavor was lost. The artisan bread renaissance began in the 1980’s as people wanted to rediscover this lost art. We bring sourdough bread to you at the Farmhouse Sanctuary and you will taste the difference.

My lovely wife gave me a German made stone grain mill last Christmas and so some of our bread is made from flour we have ground from organic wheat berries coming from the mid-west. You will definitely taste new flavors you did not know existed in bread. We also sell loaves of bread if you want to take some home. 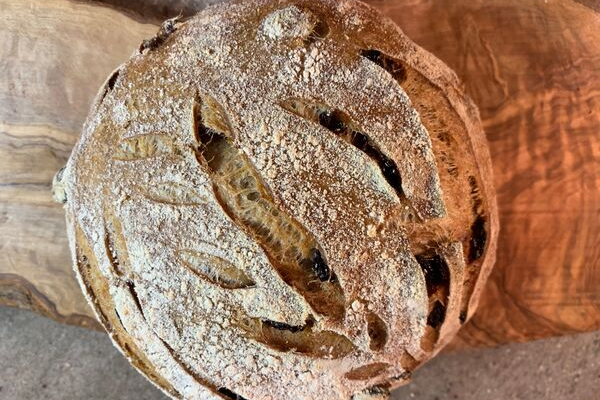 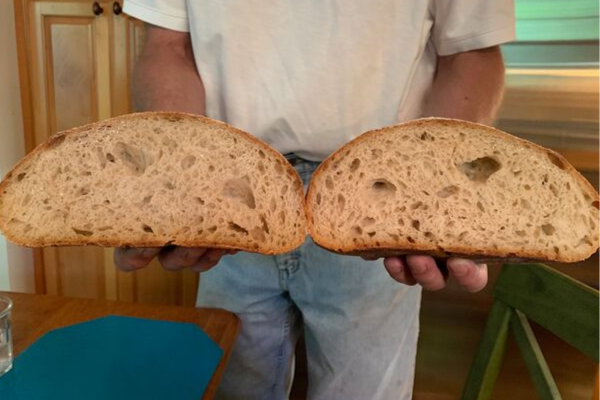 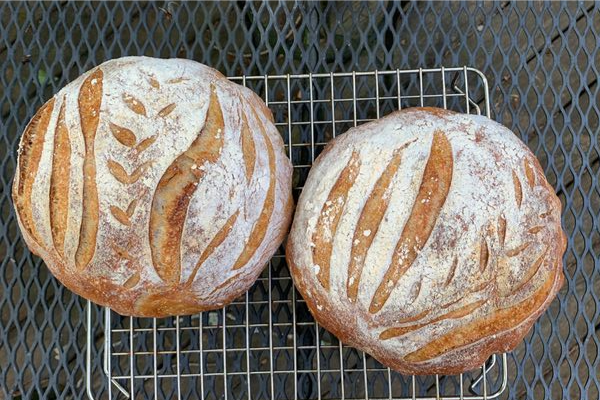 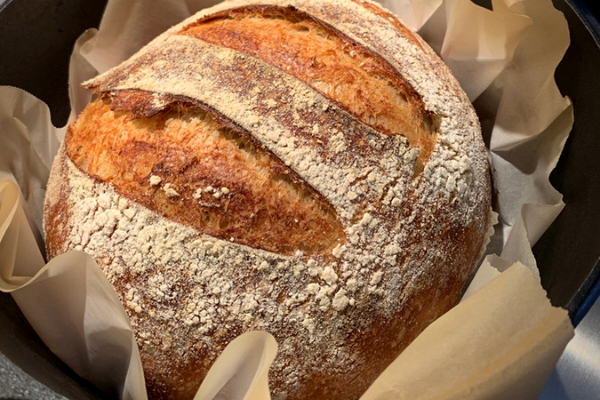 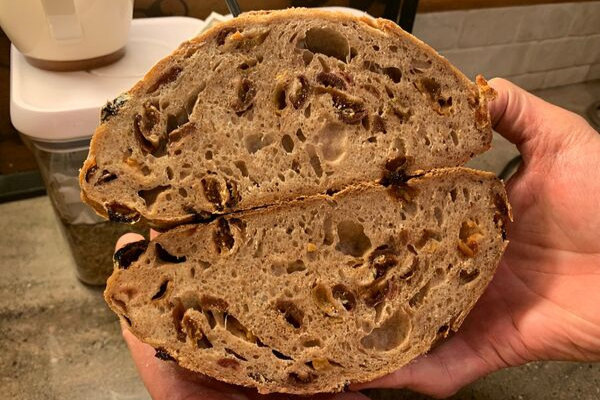 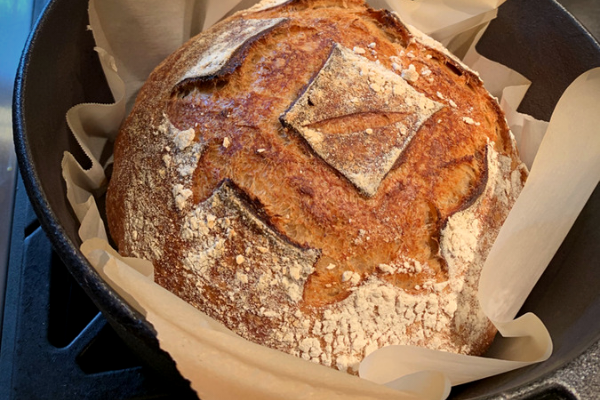